3 Reasons to Celebrate a Perpetual Thanksgiving

There’s a fascinating dynamic that happens whenever a gift is given. It abounds at parties and celebrations of all kinds – especially Christmas – but any time an unexpected kindness is shown.

It might be as simple as a cup of cold water, a needed item, or a note of appreciation – but the “benefits” of being thought of by another are exponential – beyond a momentary delight.

(Unsurprisingly, there’s a significant impact on healthcare as well, as we’ll see).

Often taken for granted, these “gratitude explosions” – of which there are at least 3 – can have powerful effects, spreading like ripples after a splash: a renewed motivation to serve, a healthier outlook, and a willingness to connect.

1. A Renewed Motivation to Serve

No doubt, an employer wants the best from his employees. We know every time we watch A Christmas Carol and see Bob Cratchit blowing on his fingers before a flickering candle, what isn’t effective.

Keeping the heat on is expected. Yet an interesting study by Glassdoor goes deeper: 80 percent of employees actually experience a surge in motivation to work harder from a simple show of appreciation by their boss.

I’m grateful to have an employer who remembers that. Still, we’re often surprised by such moments.

Maybe it’s because we’re so innately used to earning our way – receiving a wage for services rendered. Yet we desire more:

“A day’s pay for a day’s work is more than adequate when both the work and the pay are appreciated as much as they are expected.” – F. Cullen Hightower.

Clearly, a sense of being valued is a core longing in all of us.

And when we do receive this, a kind of health sets in, produced by gratitude.

Given this dynamic, it’s not too surprising that the doctors at the Mayo Clinic prescribe (since studies bear this out) the cultivation of a positive outlook – of which gratitude is a part.

On average, the health benefits are remarkable:

We wonder – with such positive effects, why don’t we embrace gratitude more? Become more intentional about it? Maybe even start our own list of the people and things we’re grateful for, noticing even the smallest of gifts.

You may be asking what all this has to do with protecting sensitive health information. It’s because we also know: there are times when what comes to you isn’t a gift.

For example, your practice and patients may be exploited, taken advantage of – such as when your private health information is sold to the highest bidder by unscrupulous actors. It’s still costing healthcare companies millions – $10.1 million now on average.

In the healthcare IT world, we’ve seen what those harms to patients can entail. Tangible harms – mainly from unauthorized disclosures or breaches – can impact a patient on at least four levels:

This is why HIPAA Vault is grateful to provide extensive, multi-layered protections. We do all we can to prevent devastating attacks against patients, and a provider’s livelihood.

As a healthcare provider, why not give the gift of cutting-edge security that goes above and beyond homespun solutions? Hackers will be frustrated, but your patients will thank you for it.

3. A Willingness to Connect

“For me, every hour is grace. And I feel gratitude in my heart each time I can meet someone and look at his or her smile.” Elie Wiesel – Writer, professor, holocaust survivor

On a personal note, I know someone who hadn’t felt well for quite a while. His doctors couldn’t put their finger on why. Test after test revealed no clue.

Although he was grateful for his life, he was nearly at the end of his rope for a solution.

Eventually, a small measure of relief came in the discovery of some hard-to-detect tumors in his stomach. However, since the treatment options weren’t good, knowing didn’t really fix much.

He wasn’t shunning medical treatment or being unscientific, but he knew that prayer was a source in which he continually connected with gratitude. As such, he was compelled to ask a bunch of his friends to start praying for him as well.

Amazingly, the next examination revealed that the tumors had shrunk two-thirds in size.

The doctors were astounded, and I could hear the gratitude in my friend’s voice – for the healing, yes – but mostly for his friends who cared.

A gift was given to one who was empty, and It was contagious.

What’s the application? To see this world as a gift – not something we worked for or earned – propels gratitude.

It’s not “rose-colored glasses” thinking, denial, or indifference to that which is wrong.

It’s simply a willingness, a daring to believe that grace and goodness are bigger, and will triumph ultimately – even if the immediate problems aren’t fixed.

We simply run better when we don’t carry the burdens of cynicism and despair. We’re “lighter,” so to speak, and more motivated. Maybe we’re even kinder – which grows relationships, and inspires productivity.

You would think we were actually made to run that way.

If you have any questions on HIPAA data security or any of the services we provide, we’re grateful to help! 760-290-3460. 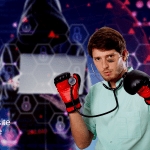 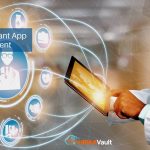 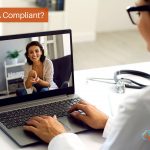 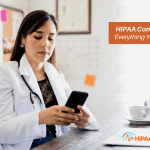 HIPAA Compliant Texting: Everything You Need To Know 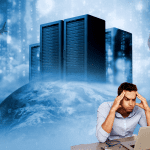 HIPAA Compliant Hosting Is More Complicated Than You Think 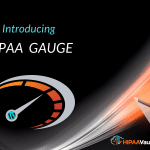 Why WordPress HIPAA Compliance Is Important… 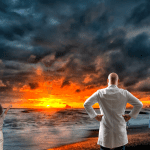 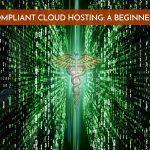 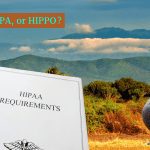